Zilla With Her Eyes Shut

by Zilla With Her Eyes Shut 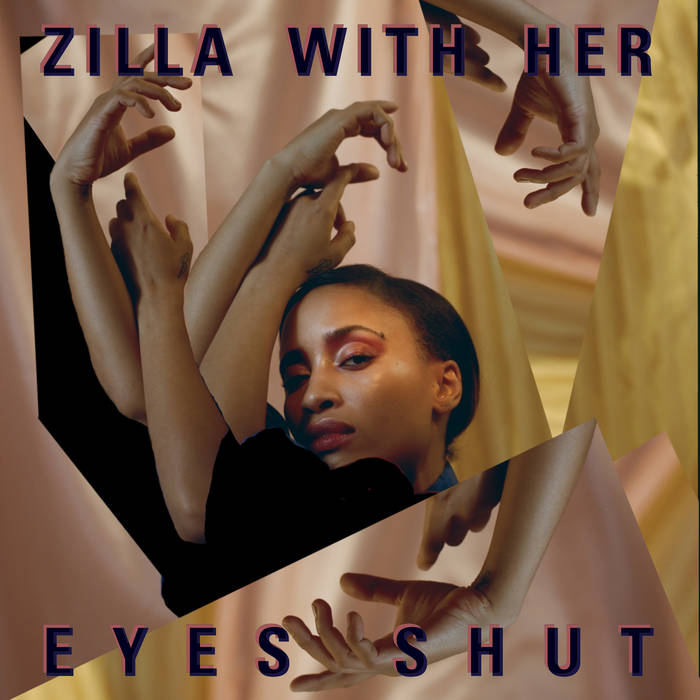 First releasing with Accidental in back in 2017, the working partnership between Zilla and label boss Matthew Herbert has been more than fruitful. There work together thus far has seen support from respected taste makers including Huw Stevens, Don Letts and John Kennedy and their first single ‘Get Your Way’ sound tracked Elle UK’s most successful campaign ever #MoreWomen #ELLEFeminism.

Sitting somewhere between the crunch of the avant garde and the joy of a good hook, Zilla With Her Eyes Shut is an album of deeply personal stories from Zilla’s life. These range from memories of childhood trauma, mysterious injuries sustained sleepwalking and coming to terms with the voices in her head, all delivered through Zilla’s powerful, arresting and at times haunting vocal performance.

The sonic narrative parallels this lyrical content with tracks being built from the sounds of objects relating to the song’s subject matters. These include a book, a lightbulb, a hair pin, a stone and Zilla’s own sleep talking. Speaking about this approach, Herbert commented, I like the fact that Zilla can sit at a piano and bash out some Rachmaninov and Debussy, but chose instead to make an ahead-of-its-time record out of the ephemera of ordinary life. It bristles with the friction of real life as opposed to the comfort of the recording studio.

Connecting dots between RnB, vocal pop and leftfield electronic experimentalism, the album opens with the bold and menacing statement ‘Get Ready’, before getting settled into pace. The interplay of Zilla’s catchy harmony led vocals and Herbert’s playful production provide plenty of engaging moments throughout, with earworms like ‘Remember’ and ‘In My Head’.

At the half-way mark the album takes a sharp turn further to the leftfield with the off-kilter timings and staccato samples of ‘Cut Me Boy’, before making way for the softer sonics of ‘Rainbows’ and ‘Desire’. Following the latest single ‘Whisper Whisper’, the record closes with the melancholic triumph, ‘Paris’.


“If Bjork ever tried to write a Destiny's Child-style self-realisation anthem, it might sound a little like this”
Mixmag “New Artist Of The Month”

"Her rhythms are built from found sounds, making them both familiar and startlingly alien - and creates indie R&B a billion times fresher and more engaging than the legions of wafty Weeknd copyists floating around the place"
Bandcamp

“Melodic surrealism...the visuals, and they&#39;re every bit as dazzling as the music itself”
Clash

"I haven’t heard anything like it...it’s phenomenal"
Huw Stephens

“A punchy, hook-laden pop track in the vein of Kelis...playful and effortless pop”
The Line of Best Fit “Song of the Day”

“An immediately arresting piece of music … with mechanical percussion underpinning
controlled but difficult to grasp melodic elements – all created with non-musical sounds, like
drilling, a bunch of oyster shells and an electric toothbrush – pulled together and softened by Zilla’s vocals';
CMU “Approved”

“Over pop melodies and a tenebrous beat, the songwriter explores this unknown person living in her subconscious”
Gigwise

“It bounce, it stomps, it bubbles and it imprints itself on your mind’s ear immediately”
The 405

“As well as layer upon layer of hypnotic vocals, the track has the best use of drip soundsince that one on Noah Cyrus' Cry, while the accompanying video is a strobe-inflicted night terror that ends with Zilla wielding an axe”
i-D “New Videos You Need To Watch”

Bandcamp Daily  your guide to the world of Bandcamp